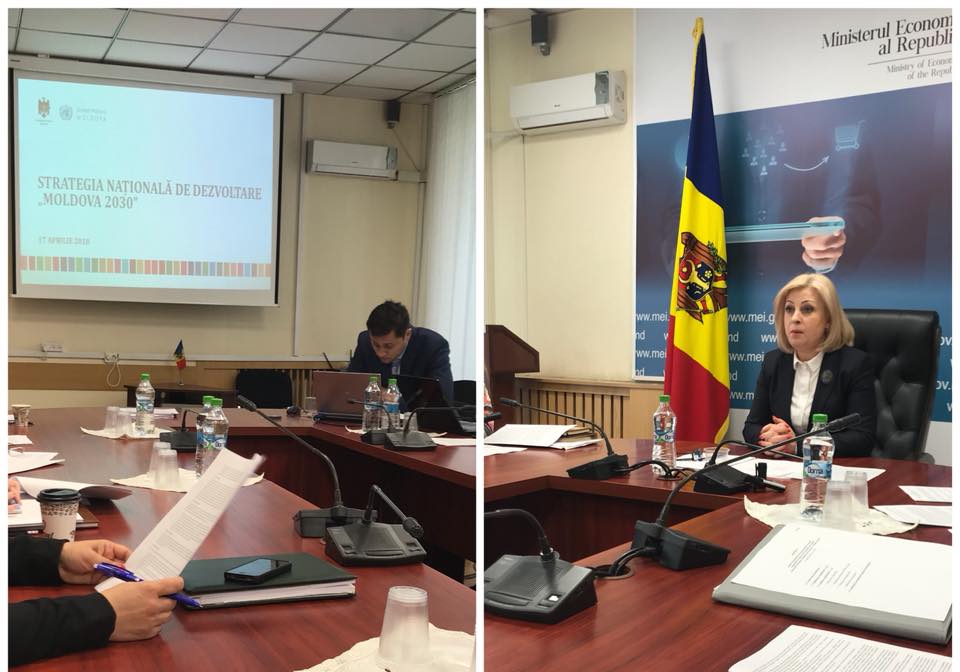 On April 17, FIA representative participated at the second technical meeting of the Working Group on economic development, convened by the Ministry of Economy and Infrastructure.

At the meeting were examined proposals and suggestions received on the first two chapters of the Strategy, and was draft the Priority 1 “Increasing incomes from sustainable sources and mitigating economic inequalities” of the National Development Strategy “Moldova 2030”.

The elaboration of the National Development Strategy “Moldova 2030” is a priority for the Government of the Republic of Moldova and, thus, the working group consists of representatives of the central and local public administration authorities, academic and business environment, development partners and civil society organizations. The “Moldova 2030” strategy will be developed by the end of April – beginning of May.