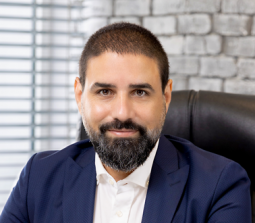 Efes Vitanta Moldova Brewery S.A. is the largest beer producer in Moldova, which controls more than 70% of the domestic beer market. The company is located in the capital, Chisinau.

The company is the first of its kind in Moldova, being founded in 1873. During the Soviet period it was called Fabrica de Bere din Chisinau.In 1995 the company was privatized with the establishment of joint stock company “Vitanta-Intravest”. In January 2003 a majority stake was acquired by Turkish company Efes Beverage Group, which at that time was active on the Russian beer market and was included in the list of the largest brewers in Europe. The new owners changed the company name in “Efes Brewery Vitanta Moldova” and in 2004 received a certificate of quality management ISO 9001.

In 2012, the international beer production companies SABMiller and Anadolu Efes have signed an alliance agreement, so that Efes Vitanta Moldova Brewery  becomes the exclusive distributor for beer brands of the company SABMiller.