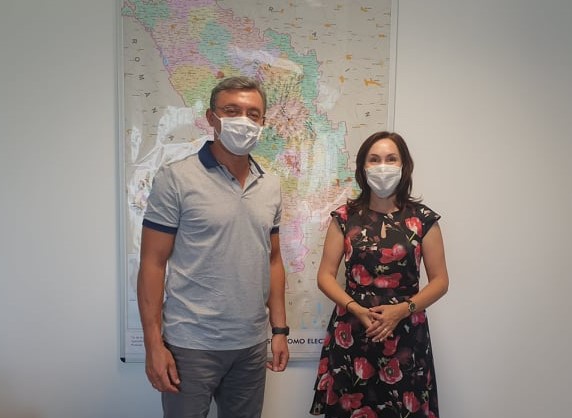 Moldovan car wiring manufacturers faced the challenges of the pandemic, which caused the cessation of their activity for several months, but also resulted in a sudden drop in orders. The number one priority during this period was to take care of the employees, in order to ensure that they keep their jobs, pay their salaries, ensure their health and safety conditions at work, especially those of preventing the spread of COVID-19.

At the informal meeting of FIA ​​Executive Director, Ms. Ana Groza, with the General Manager of SRL SE BORDNETZE (SEBN MD), Mr. Igor Corman, the impact of the pandemic on the industry, the measures taken during this period, the Association’s support in this regard were discussed. and future prospects.

A series of meetings of the FIA ​​executive management with its members take place to update the agenda of the Association of interaction between foreign investors and the Government of the Republic of Moldova, but also to mitigate the impact of the pandemic on the economy and business environment.