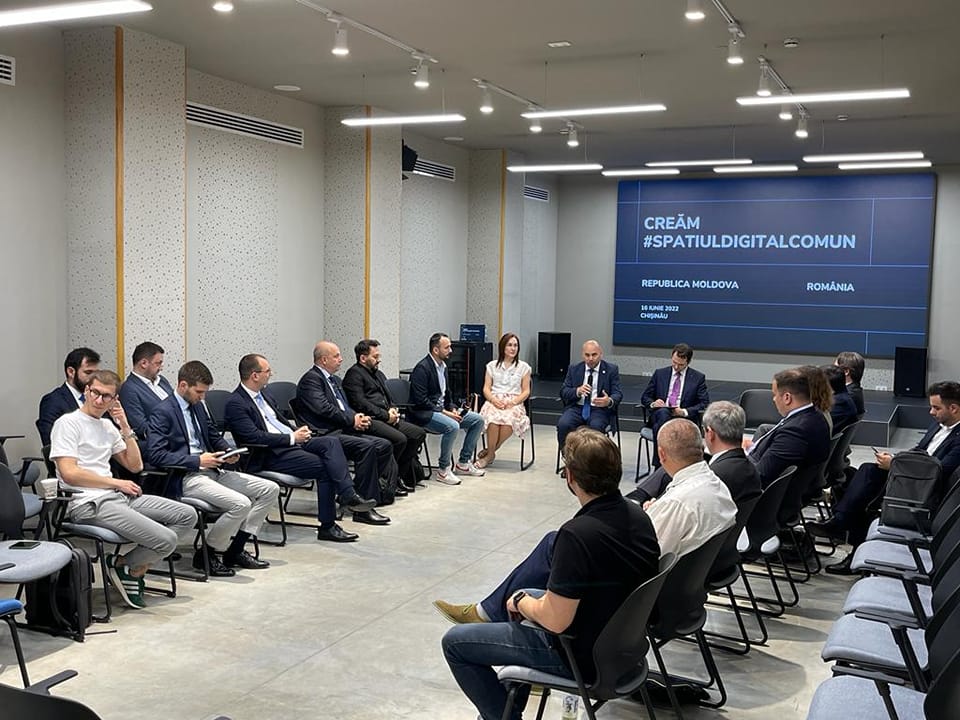 On 16 June, an offline special event “We create # common digital space”, was organized for the first time in Chisinau and was attended by the two ministers of digitalization from the Republic of Moldova and Romania.

Iurie Țurcanu, Deputy Prime Minister for Digitization of the Republic of Moldova and Sebastian Ioan Burduja, Minister of Research, Innovation and Digitization of Romania, together with other members of the digitization teams from the two states, announced the joint plans for digital transformation and the following actions to be made in accordance with the provisions of the Memorandum of Understanding in the field of digital transformation, signed in Chisinau, on 11 February, 2022.

Ms. Ana Groza, mentioned the need to include on the Common Agenda the topic of digitalization in Health, by taking over the good practices successfully implemented in Romania: Telemedicine, Patient’s Electronic File and e-Prescription.

Meeting of the Dispute Resolution Council within the Environmental Protection Inspectorate