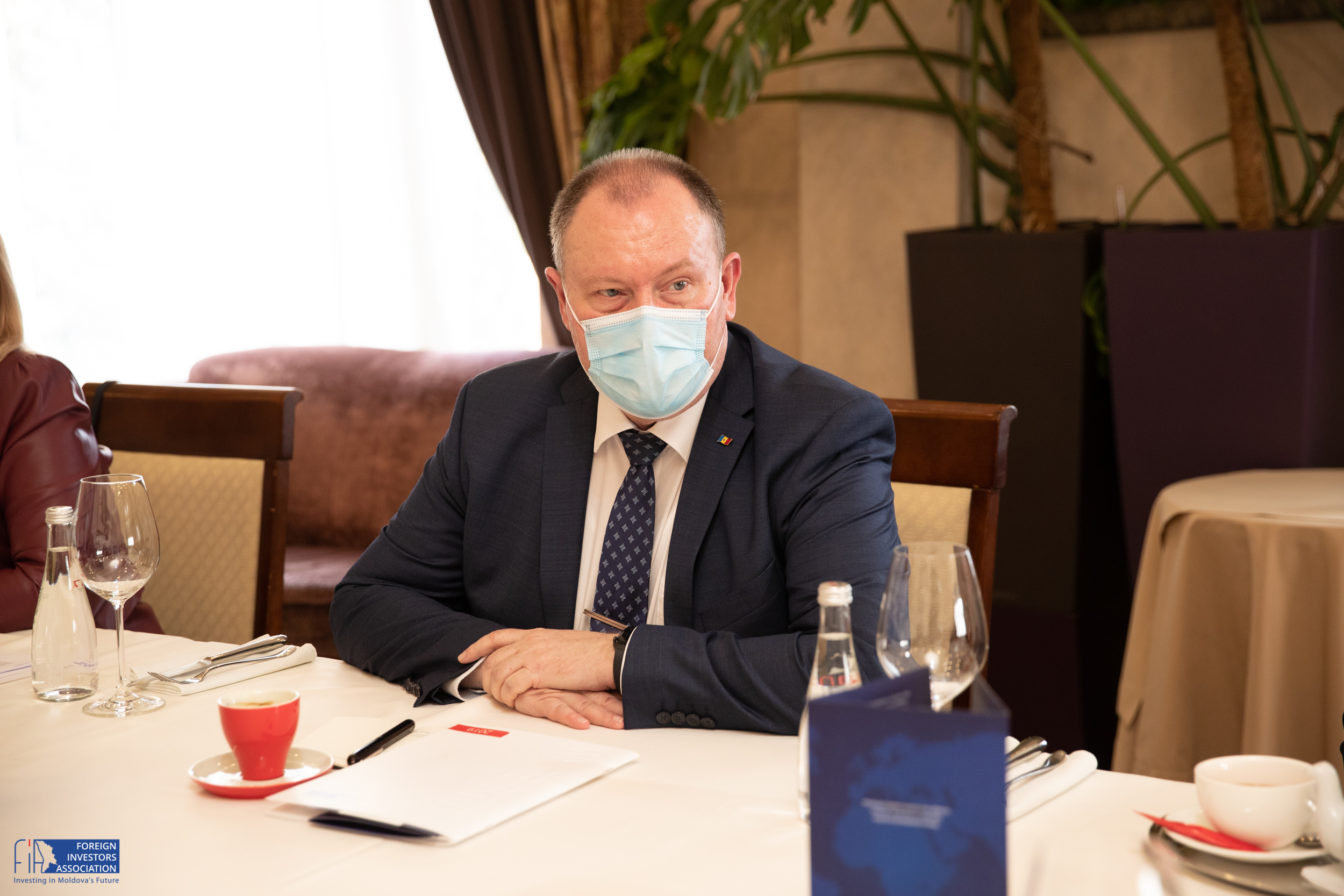 The members of the Association of Foreign Investors had a meeting today with Mr. Aureliu CIOCOI, the Interim Prime Minister of the Republic of Moldova, being accompanied by the Advisor – Ms. Angela MUNTEANU, in an informal atmosphere.

Among the topics addressed by the participants, the focus was on the pandemic management and limiting the spread of COVID-19. FIA members were interested in the Government’s vision in this regard, but also voiced some proposals and measures needed to be taken, especially to accelerate the vaccination process of the population, including by private immunization centers.

Also during the meeting, the current trade regulations and the Government’s intentions regarding the support of the HORECA sector were discussed. Another set of issues discussed was the need to facilitate and accelerate the processes of digitization of the economy.

Increased attention was paid to the issue of the approval and registration of manufacturer prices for medicines, and the creation of a working group to review the existing regulatory framework was requested.

Some of the topics included on the Agenda and addressed during the meeting are, in fact, the proposals of foreign investors included in the White Book, 2019 Edition, which aims to improve the regulatory framework for entrepreneurship and attract new investments in Moldova.