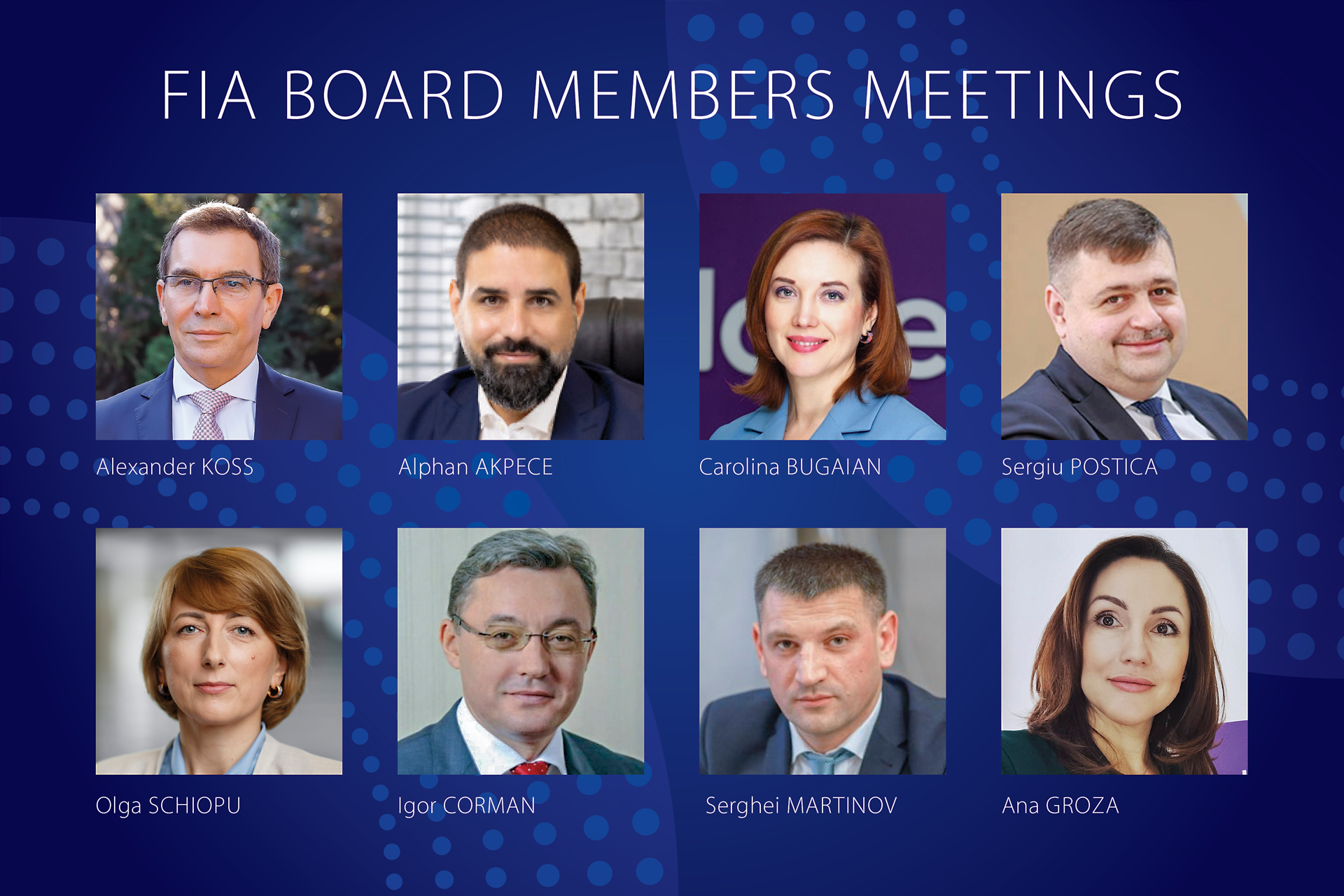 The Executive Director, Ms Ana Groza, presented the Association’s 2022 Annual Activity Report. Also, the implementation stage of the proposals included in the White Book, VIIth edition was emphasized. Thus 75% were accepted by the authorities or are in the process of implementation.

The General Assembly has elected the Board of Directors for 2022-2024, as follows:

Südzucker Moldova – Dr. Alexander Koss
In addition, the General Assembly unanimously voted for Mr. Alexandru Bordeianu, CFO, DRA Draexlmaier Automotive as the Internal Auditor for 2022 – 2024.
Later on, the newly appointed Board of Directors decided in favor of Dr. Alexander Koss as the President of the Association and Mr. Alphan Akpece as Vice-President.
+ GOOGLE CALENDAR  + ICAL IMPORT