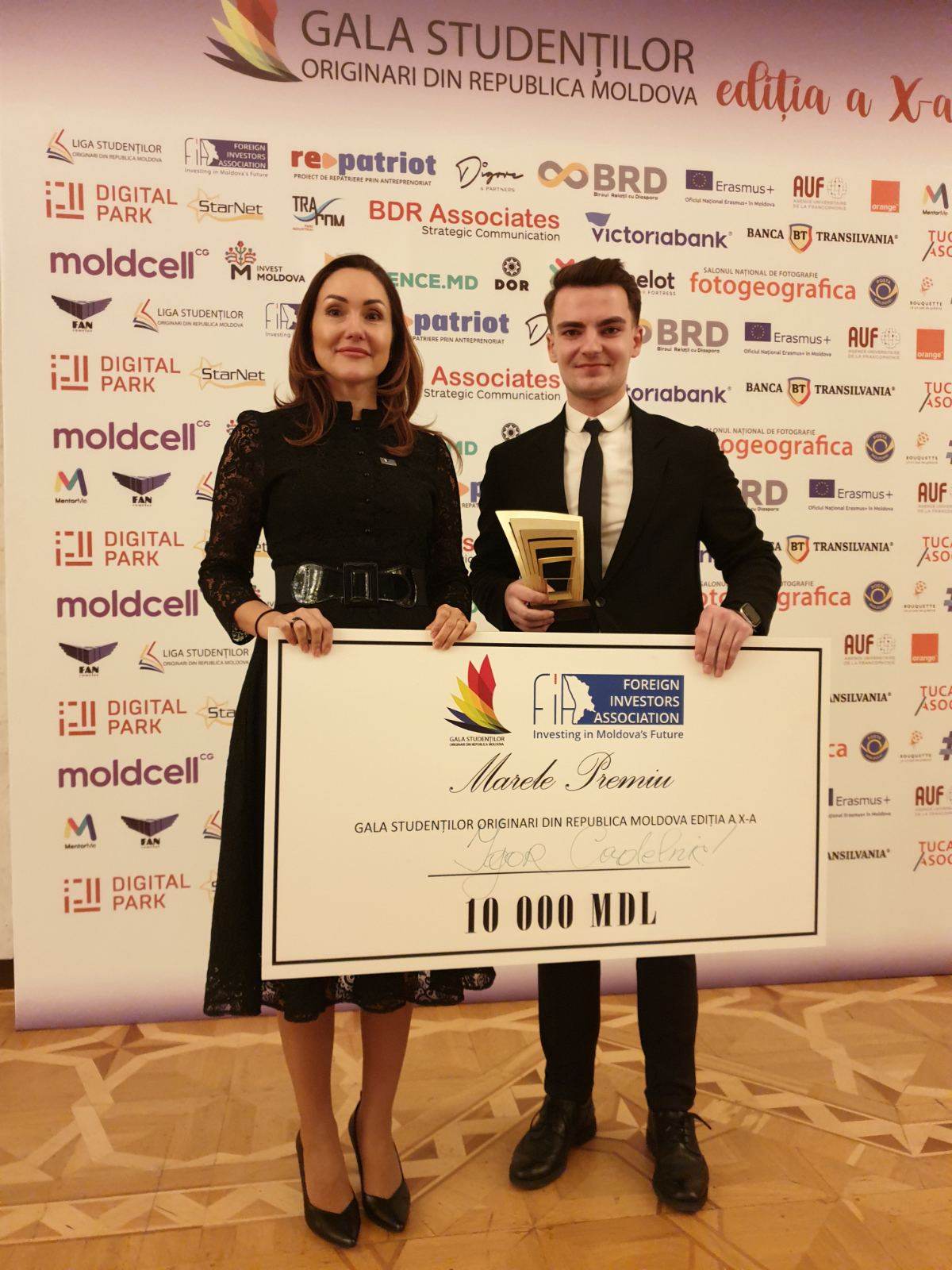 The 10th anniversary edition of the Gala for Native Students Studying Abroad took place on 21 December, in an atmosphere full of emotions and warmth.

The Foreign Investors Association has been a partner of the Gala since the first edition and has unconditionally supported the beautiful initiatives of our young people who proudly represent our country and bring us fame all over the world with their academic successes and impressive results.

Among the guests of honor of the Gala, President Maia Sandu came with a message of thanks for the efforts made, as well as urged the students present at the event, but also those who were not able to reach physically, to return home and implement the knowledge gained for the economic development of the Motherland.

FIA members, always receptive to such initiatives and supporters of young talent, contributed to the organisation of the event.