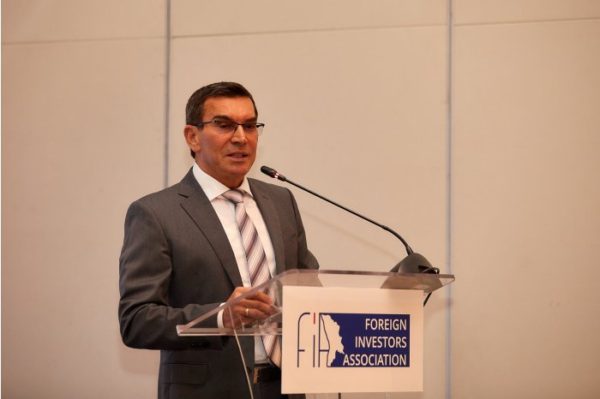 Chisinau, 2 October /MOLDPRES/ – The Foreign Investors’ Association (FIA) of Moldova today launched the White Book 2019, worked out by experts of the FIA member companies. The publication is at its sixth edition, the first one being published in 2005.

Attending the event, Prime Minister Maia Sandu said that “we are at the sixth edition of the White Book, which shows the foreign investors’ commitment to provide signals due to adjust reforms, efforts we make, in order to improve the business environment, investment climate and eventually manage to improve the citizens’ living standards.”

The PM referred to a string of constraints for business, including the ones dealing with the labour relations and labour market’s flexibility, productivity and competitiveness. “Yet, the biggest constraint is the lack of justice, as, proceeding from this ascertaining, we formulated on the cabinet’s agenda the justice reform as the most important goal we are set to achieve. We believe that the justice reform is important also for those willing to make investments in Moldova, as well as for those who want to increase their businesses. We think that these constraints will be removed,” Maia Sandu said.

”The only sector of interest for FIA in Moldova, since the association’s foundation, has been the formation of civilized conditions for the development of entrepreneurial activities, in particular, and of the national economy, on the whole. In this context, the FIA – White Book platform has become an important instrument in enhancing the efficiency of this process,” the FIA head, president of the Administrative Board of the Südzucker Moldova Moldovan-German company, Alexander Koss, said.

The White Book 2019 is made up of nine chapters: justice system, fiscal legislation, labour relations, competition, waste management, economy’s digitalization, medicine and pharmaceutics, land subjects, telecom industry. “In this edition, we have included four new chapters, which I would call “the challenges of the present times” in the fields of justice, ecology, telecommunications and digital economy,” Alexander Koss noted. The FIA head said that “the most serious challenge is the need to re-organize the justice system from Moldova. I proposed a way to settle this quite painful problem of Moldova – how to make sure that the Laws are observed, that the punishment for infringement is inevitable and the court is correct.”

FIA suggests the creation, with the support of development partners, of a Temporary Special Monitoring Mission (for a period of up to ten years), for a full reorganization of the justice system, in order to exclude corruption and ensure the Moldovan citizens’ basic right to an objective investigation and a fair action at law. The Mission members should have right to supervise and participate in all stages of the justice process: from the opening of criminal file up to the adoption of irrevocable decisions of law courts.

The proposals in the fiscal legislation sector regard the ensuring of the stability of fiscal and customs policies, which represents a decisive factor for attracting investments. In the last years, the business environment has been facing a large number of changes in this sector, thus being subjected to a provocation to adapt its business strategies, as well as to uncertainty as concerns the planning of the long-term work, the publication’s authors said.

As for the competition, the FIA experts’ proposals regard the establishment of transparent and clear-cut rules for carrying out an economic activity based on conditions of fair competition.

The current legislation in the land field limits the access of foreign investors to choose the land sector as branch for medium- or long-term investments. Moreover, in the conditions of the global warming, the climate and environmental changes, farmers face difficulties in the process of irrigation of farmlands. In this respect, FIA deems as opportune the giving of final touches and approval of a new Land Code.

The Foreign Investor’s Association is a non-profit, politically non-affiliated association set up in September 2003 and brings together 18 members from 12 countries – the biggest companies with foreign capital from Moldova, which created more than 17,000 jobs. The overall investments are estimated at 1.150 billion euros.

The first issue of the White Book was published in 2005 and represents a document as recommendation and describes a concrete action plan for improving the investment climate in Moldova. The White Book shows the essence of the work of FIA, whose members think that a clear vision of problems and decisions which positively influence the investment climate in Moldova can be created through exchanging of experience and joint efforts made by foreign investors.