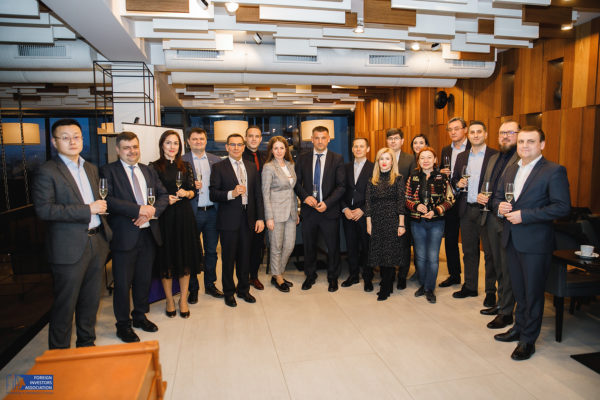 The Foreign Investors Association approved the new Board of Directors, which includes representatives of 7 companies.
According to the Association, the Speaker of the Board of the Moldovan-German Company Sudzucker Moldova Alexander Koss was re-elected to the post of the FIA head for the next 2 years. Gokce Yanasmayan, the Director of the Moldovan-Turkish company Efes Vitanta Moldova Brewery, also preserved his post of Deputy Chairman of the Association.
The Association’s plans for 2020 include interaction with Moldovan authorities on implementing the developed experts of FIA proposals, included in the 6th edition of the White Book 2019, in nine fields: the justice system, the tax legislation, labor relations, competition, waste management, economy digitization, medicine and pharmacy, land relations, telecommunication industry.

The FIA says that it has distanced itself from participation in internal political and party processes of Moldova. The only field of FIA interests in Moldova since the moment of foundation was and remains the formation of civilized conditions for developing the entrepreneurial activity, in particular, and in the national economy – in general. The priority direction is still the reform of the justice system.

As Infotag has already reported, the FIA was founded in September 2003 and became the first noncommercial and nonpolitical union of companies with foreign capital in Moldova. It is made of 18 members from 12 countries. These are the largest companies in Moldova, in which over 22 thousand people are working. Their total volume of investments is of around 1.2 billion euros.