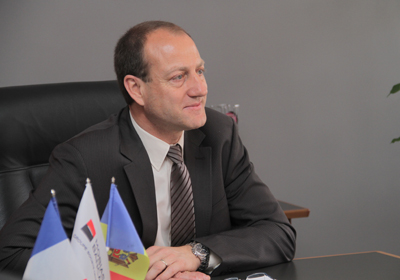 Foreign investors in our country optimize their costs and do not exclude an eventual withdraw of the capital from Moldova. In case if until September will not be invested a new functional government, Moldova risks to announce a technical default and as a domino effect, companies will fall one after another. This was the subject of discussion with the President of Foreign Investors Association, Ridha Tekaia in an exclusive interview for MBC.

President of the Association claims that today the business and the population resists thanks to reserves, and the economic growth, registered in the first quarter, is nothing but an artificially created result, presented by the National Bureau of Statistics. Ridha Tekaia argues that purchasing power decreased enormously as a result of the MDL depreciation and restrictive monetary policy imposed by NBM, but also due to other factors. In his opinion, if by September there will be not formed a functional Executive and will not be established an active dialogue with external partners, the situation will worsen significantly. That is because the crisis in the banking sector leaves an enormous hole in the state budget and the state has no resources to cover it.

“We cannot exclude the scenario of default or even of the “Euromaidan” in Moldova. For foreign investors, it means a decrease of consumption of goods, respectively, a decrease of sales and financial flows. Of course, small companies are the first to suffer, not necessarily those that are now members of the Association of Foreign Investors. But subsequently, we will see a domino effect in this crisis, when small businesses will be followed by medium and large enterprises”, said Ridha Tekaia, president of the Association of Foreign Investors.

Foreign Investors Association issued a statement calling leaders of pro-European parties to immediately create a majority coalition. There have already been made a lot of efforts to integrate Moldova into EU and it would be unfair these to be lost in vain, considers representatives of the organization.

“It is our duty to alert the authorities and tell them “dear representatives of political parties, be kind and react. One year holiday is too much.” Obviously, parties must make some compromises and form the majority coalition” says Ridha Tekaia.

Ridha Tekaia is convinced that foreign companies have reserves for another difficult year, but they will remain in the country only as long as they “will see the light at the end of the tunnel”, that means a guarantee for the implementation of some vital reforms. He noted that none of the economic agents welcome the idea of the early parliamentary elections.

Technical meeting with Mr. Bolea Vladimir, Chairman of the Parliamentary Committee on Agriculture and Food Industry