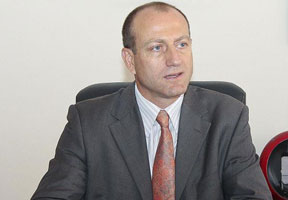 Ridha Tekaia, President of the Moldovan daughter of the French financial group Societe Generale – Mobiasbanca, has preserved the post of Chairman in the Foreign Investors Association of Moldova he has been occupying for already the fourth consecutive year. Speaker of the Sudzucker Moldova Board of Directors Alexander Koss has been appointed Deputy Chairman.

According to the FIA press release, at the annual meeting, members of the association elected new membership of the Board of Directors, approving action plan for 2016.

“Three members of the Board have preserved their posts – President of the Mobiasbanca – Groupe Societe Generale Ridha Tekaia, Sudzucker Moldova Speaker of the Board Alexander Koss and Moldcell Financial Director Kadir Kale”, the press release says.

Infotag’s dossier: The FIA is a noncommercial organization, aimed at contributing to dialog between investors and power state bodies for creating favorable investment climate for direct foreign investments in Moldovan economy.