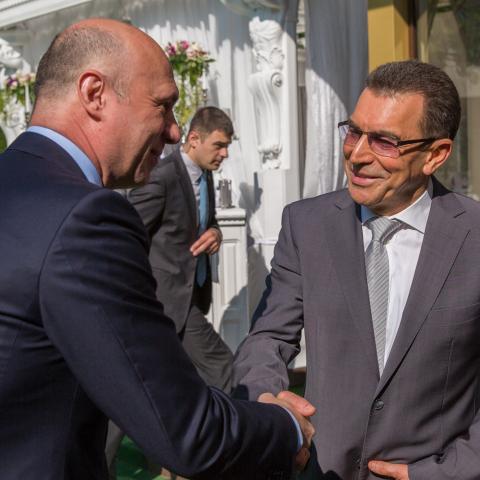 Foreign Investors Association (FIA) is positively assessing the measures, taken by the Government in combating corruption, as well as reducing inspections by controlling agencies, improvement of tax and customs service activities, said FIA Chairman of the Board, Sudzucker Moldova Speaker of the Board of Directors Alexander Koss in the meeting with Prime Minister Pavel Filip.

The FIA press release says that stakeholders have noted with satisfaction the growth of revenues to state budget in comparison to the equivalent period of 2016. They have also discussed the activities of the working group, headed by the FIA, in the Economic Council under the Prime Minister’s auspices on improving investment climate in Moldova.

Head of the Government and FIA head identified a number of issues concerning improvement of framework conditions of doing business in Moldova, the resolving of which demands support of the country’s Cabinet of Ministers.

Infotag’s dossier: FIA is a noncommercial, politically unaffiliated association, founded in 2003. It is made of 16 members – Moldova’s largest companies with foreign capital participation, on which over 10 thousand people are working. Their total volume of investments in the Moldovan economy accounts for around US$700 million.