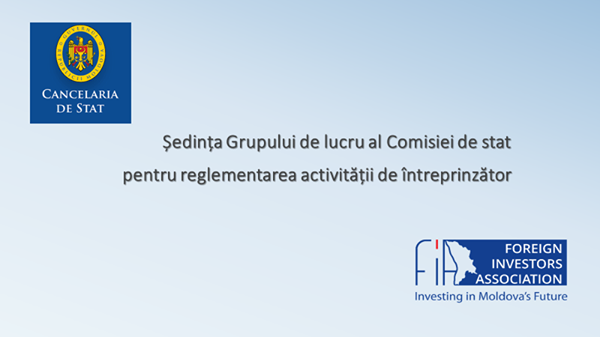 On February 23rd 2021, the Meeting of the Working Group of the State Commission for the Regulation of Entrepreneurial Activity took place.

According to the Agenda, the following matters were examined:

✅Examination of the regulatory impact analysis of the draft law on crowdfunding services,

✅Examination of the regulatory impact analysis of the Parliament draft decision on the founding of the National Park “Nistrul de Jos”,

✅Examination of the regulatory impact analysis of the draft Government decision on the amendment of Government Decision no. 1003/2014 for the approval of the Regulation on requirements on energy labeling of energy-related products,

✅Examination of the regulatory impact analysis, as well as the draft Government decision approving the Regulation on the employment subsidy mechanism,