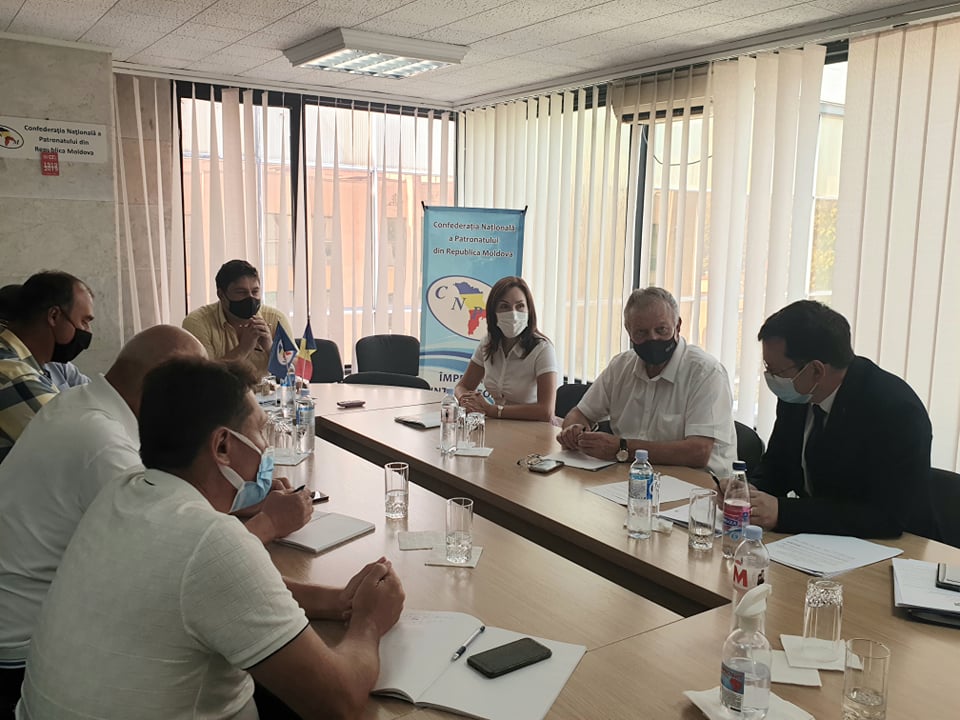 On 10 August, on the platform of the National Confederation of Employers, a meeting with Mr. Marcel Spatari, Minister of Labor and Social Protection of the Republic of Moldova was held.
Priorities for the upcoming future have been discussed, as well as business’ visions on certain provisions of the labor legislation and others.
During the meeting, FIA’s Executive Director, Ms. Ana Groza, pointed out a series of imperative necessities for the modernization of the legal framework:

necessity of implementing the concept “agent of temporary work”,

as well as the regulation of the non-compete clause, and other proposals listed in the White Book, 2019 Edition.
+ GOOGLE CALENDAR  + ICAL IMPORT

Meeting with the Minister of Finance, Mr Dumitru Budianschi

Meeting of the Taskforce ,,Reduction of informal employment and payment of “envelope wages””

Public consultations on the draft Tax and Customs Policy for 2023

Regional meeting of the Confederations of Employers of Moldova, Ukraine, Georgia, Lithuania and Denmark