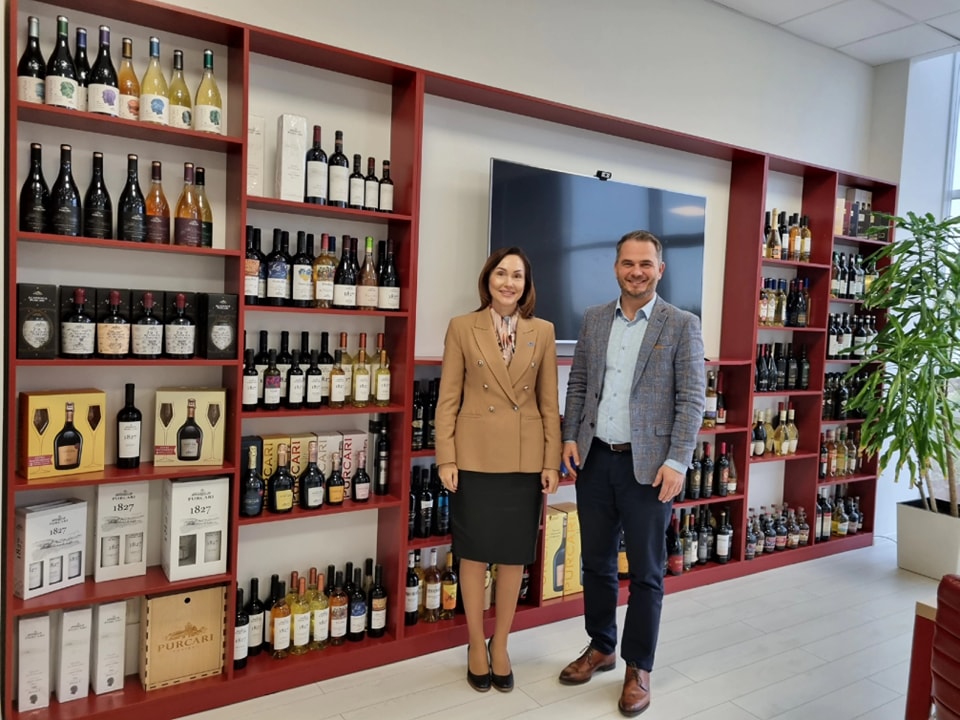 #updatingFIAagenda #individualapproach #PurcariWines
🤝 The series of meetings of FIA’s executive management with its members continues in order to update the Association’s agenda for the interaction between foreign investors and the Moldovan authorities.

During an informal meeting, held on October 13, between COO Purcari Wines, Mr. Eugen Comendant and FIA Executive Director, Ms. Ana Groza, the current activity of the company, ongoing and planned investment projects, challenges of local producers, as well as the support requested from the Association in overcoming them were discussed.

Notwithstanding the multiple crises that the business community is going through, the company comes with good news, such as the completion of the transaction for the acquisition of 76% of shares of the Bulgarian company Angel’s Estate.