FIA supports the returning back home of the Moldovan graduates 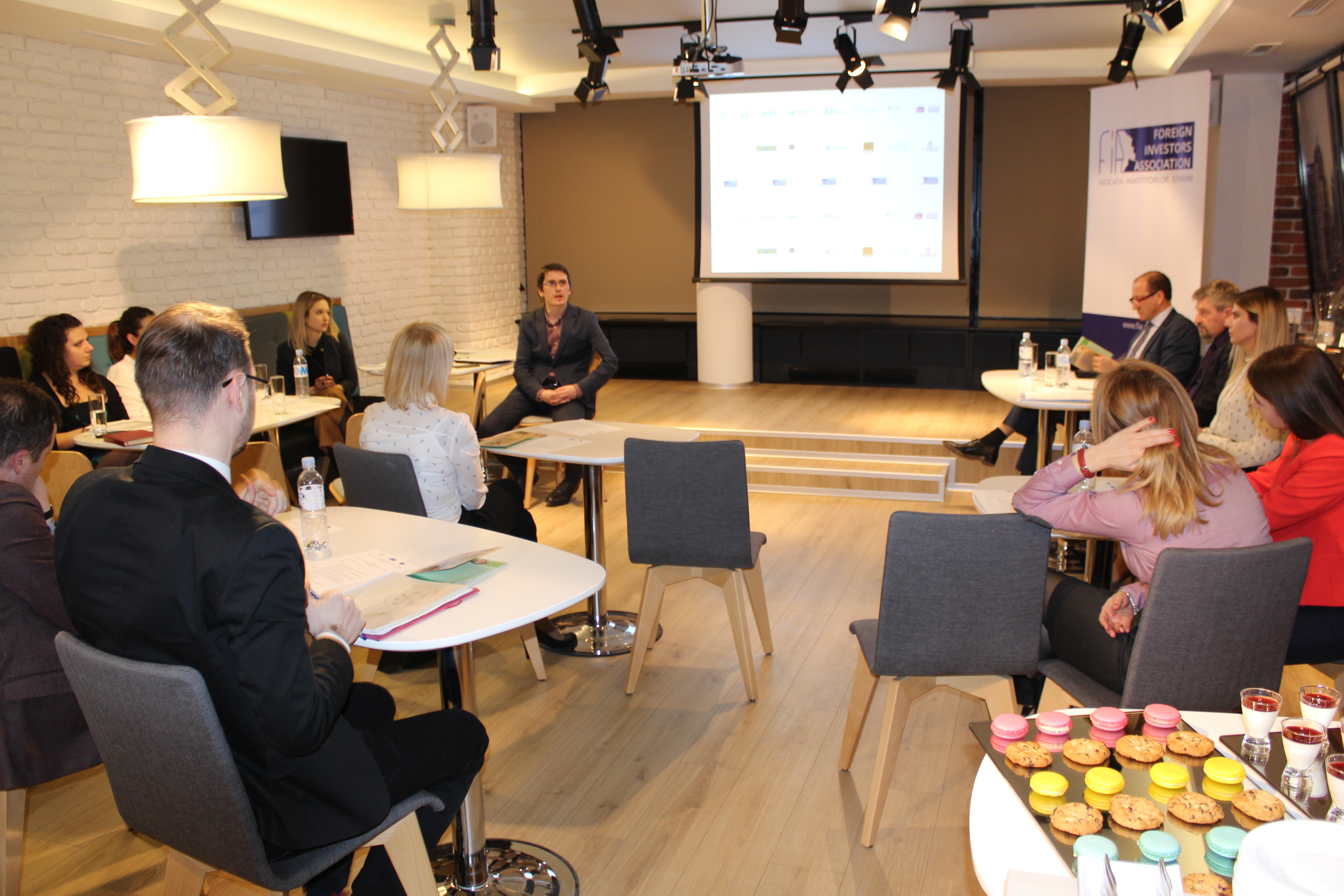 Foreign Investors Association (FIA), that gathers the most important foreign investors in the country, commits to cooperate with the International Organization for Migration (IOM), Mission to Moldova, in order support the professional integration of young graduates, willing to return from abroad.

The large companies with foreign capital, promoters of the corporate social responsibility concept, wish to launch a cooperation in order to identify temporary or permanent jobs for the Moldovan graduates from abroad.

The cooperation between the two institutions on this dimension was launched at an event organized by FIA, attended by experts from the member companies, IOM consultants (Mission to Moldova), the President of FIA, Mr Ridha TEKAIA and the Chief of Mission in the Republic of Moldova of IOM, Mr Antonio POLOSA.

The participation of the human resources managers from FIA members shows their commitment in implementing this initiative, but also the fact that the massive emigration of the young is a subject of concern for the big companies.

“The Republic of Moldova, which is undergoing an extremely difficult time, marked by unprecedented economic and social turbulences, suffers from a continuous phenomenon of workforce emigration – talented young – the real energy of this country and who could make a difference. Before waiting for the positive effects of a potential flow of foreign investments, any country should count, first of all, on its citizens. And those with international experience are the key to success, as well as the start of any positive change in a country such as the Republic of Moldova.”, stressed the President of FIA, Ridha TEKAIA.

The Foreign Investors Association (FIA) is a non-profit and apolitical association. Its main mission is to facilitate the dialogue between relevant decision makers and investors in order to create a positive investment environment for the foreign direct investment. The Association has among its members the largest and long-lasting companies with foreign capital in the country, their aggregate investments exceeding half of the total investment volume in the country.