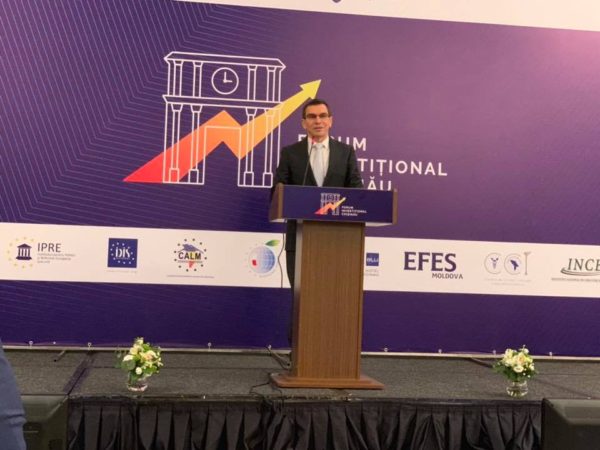 On May 30, FIA President, Dr. Alexander Koss delivered a welcome speech at the official opening of Chisinau Investment Forum 2019.

The main goal of the Forum was to intensify the attraction of foreign investments into the economy of Chisinau municipality, increasing and improving the image of Chisinau Municipality abroad.  The event had a series of objectives aimed at enhancing and capitalizing on the existing potential spurred by the agreements signed by the Chisinau City Hall for enhancing investment flows into Chisinau economy.

Regional meeting of the Confederations of Employers of Moldova, Ukraine, Georgia, Lithuania and Denmark

Meeting of the i-Council Task Force