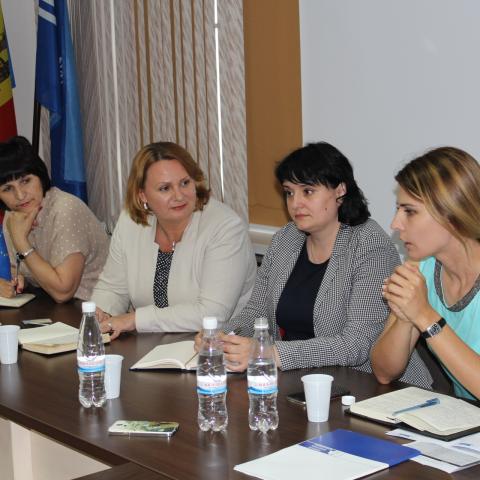 On 4th of July, 2016, FIA organized for its members a meeting with the Minister of Labor, Ms. Stela Grigoras and the head of relevant departments within the Ministry.

Ms. Grigoras informed FIA members about the initiatives lately launched by the Ministry, such as: negotiation of new amendments to the Labor Code aimed to transpose EU Directives, development of a new strategy for creating new jobs and fighting informal employment, pensions reform (the increase of retirement age).

FIA underlined the fact that Moldova’s labor legislation produces obstacles in the efficient activity of companies and thus hinders the creation of new or temporary jobs for young specialists. FIA pointed out that a modernization of the Labor Code is needed, flexibility of labor relations being an important factor that influences the companies competitiveness and adaptability to the new market conditions. FIA recommendations linked to social packages, private pensions fund, retirement, competition provisions, more balance in regard to employees and employers contribution to the social insurances, etc. were mentioned as well.

FIA members raised also other subjects, such as: necessity to revise the duration of maternity leave and increase the notice period for the resignation, the chronic non-performance of some employees and impossibility to fire them, the Parliament initiative linked to paternal leave, the obligation of company to keep the employee even if the employee produced huge damages to the company, etc