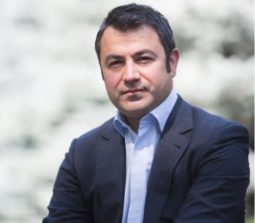 Î.M. MOLDCELL S.A. is a mobile operator from Moldova, part of the Swedish-Finnish TeliaSonera group. The company started its commercial operations in April 2000, having launched a new phase in the development of mobile communication sector in Moldova.

Sharing the belief that Moldovan people deserve the best in class access to technology, devices and customer care, a dedicated team of over 350 employees delivers the most confortable and cost efficient communication solutions.

Moldcell 2G network covers 97.36 % of country territory, and the 3G network has 76.98% geographical coverage. Moldcell is currently focused on developing its 4G network.

Since mid-2013, Moldcell became a leader in terms of mobile number portability and secured its position up to this date, acquiring almost 60% from the general port-in rate.

The sustainable way of thinking and acting on the market is integrated in Moldcell day to day activity. The operator acts in compliance to the local legislation, TeliaSonera sustainability policies and procedures. Also, Moldcell is a role model of social engagement, including long-term community investments, charity and corporate volunteering.